The enduring use of Copper 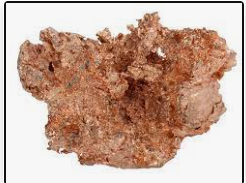 Copper is one of the most versatile materials on the planet Earth. It is mined from rocks and has continued to be used since its discovery about 8000 BC. The reason that the Copper continues to be used is that it’s an incredibly versatile metal. Its use in electrical, plumbing and general construction projects means that its continued use is assured. Whereas our ancient ancestors would have used it for decorative, social and military purposes, we now use it for the conduction of electricity and its resistance to rust and corrosion. Copper Pipe, like that from Watkins and Powis Copper Pipe suppliers, is a prime example of this.

As our ancestors started to work with stone to create tools and weapons, they noticed something strange about some of the rocks they worked on. In the rock, there were long streaks of orange coloured stone that could be gouged out of rock. They found the substance to be hard and shiny. If they heated it up, it turned to liquid, unlike the stone, but when it cooled, it became hard, smooth and solid again. These early humans soon realised that they could make this into whatever shape for whatever they needed. It must have seemed like a wondrous gift from the Gods.

As human mining and scientific development continued, the early inhabitants began to merge copper with tin. In this way, the first alloy metal was created. The Bronze age was born. This saw the creation of great artworks and armour, plus tools and weapons, that were robust enough to see the start of the many ancient civilisations rise. This began in 3500bc and lasted through to the Iron Age. Even then, the use of Copper was still required. The Romans mined it in Cyprus, and this is where we get its name. It is from the Latin word Cuprum and has been merged into the old English word of Coper. The extra ‘p’ wasn’t added until 1530.

Copper is used on roofing and is very distinctive. It gets a greenish patina to it as it weathers, which is generally considered pleasing and a sign of age and wealth. It was not cheap to add it to roofs. Apart from construction, it is also used as an antibacterial defence as it has fungicidal properties, plus it can be used as a wood preserver.