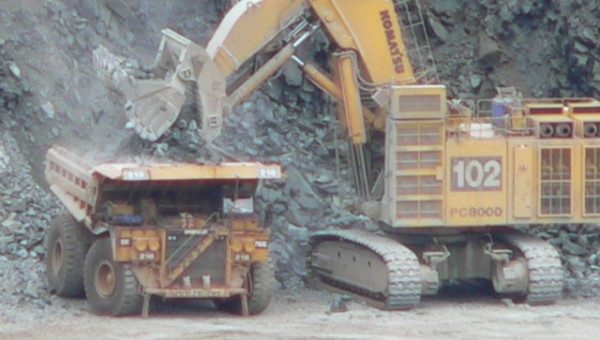 When thinking of Australia, for many of us, the beautiful city of Sydney comes to mind with its iconic opera house, or visions of the beautiful coral reefs fill our mind. One detail that is often overlooked about Australia, however, is that it is one of the major exporters of ores in the entire world. Although the country does rely on tourism, mining is surely Australia’s moneymaker. In 2011 alone, Australia exported about $120 billion worth of ores to other countries. This is because there are many mining regions in Australia that are abundant with precious metals, and improving technology has made it possible for mining companies to reach them. The following resources are Australia’s 3 most abundant ores that are mined.

Gold
Australia is the second largest producer of gold in the world, only after China. Gold was discovered in Australia in the 1800s, and because of this, there was a huge gold rush from all over the world. Today, Australia continues to export gold in very large amounts. The gold is not only used for currency uses, but also in electronics products and of course, jewelry. A big mine in Australia is the the Super Pit gold mine in the southwestern part of the country. It is Australia’s largest open pit gold mine, and it produces about 28 tonnes of gold annually.

Coal
Australia is the leading coal exporter in the world, as it extremely abundant here. It is so abundant that while maintaining it’s status as the worlds leading exporter of coal, it also produces about 85% of its electricity from coal. In 2008/2009, Australia mined 261 million tonnes of coal, and from this 75% of it was exported to East Asia, mainly China. Coal is mined in every Australian state, and exports of this product reached an all time high 2011.

Uranium
A somewhat controversial ore, Australia holds about 23% of today’s known uranium reserves. These reserves are valued at about $300 billion, and they are expected to rise as the global demand for uranium increases. As more countries turn to nuclear power, this is sure to happen. Today, many people protest and are opposed to the mining of uranium because of its potential use for creating nuclear weapons. Despite opposition, Australia continues to mine for uranium.

These are by no means the only ores that are found in Australia. There are many more that are extremely abundant, such as iron ore, copper, and zinc. The next time you think of Australia, I hope you do so with a new perspective considering its massive ore mining industry.

If you’re a mining services company looking for reliable equipment that won’t let you down, Allight Sykes have the tools to help. They have a range of lighting towers, diesel generators, self priming and mining pumps, diesel engines, air compressors and a whole lot more.