Next time I will say I watched it 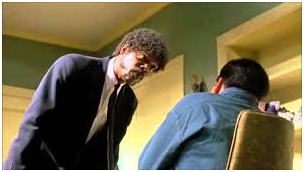 After going to a friends, the other night for our monthly get together with 6 of our other mates I had to go home to do a bit of film research, Why? I hear you ask. Well because I admitted quite loudly to my friends that I had never seen the film ‘Pulp Fiction’. The look of horror on their faces you would have thought I had just told them that I had decided to move to the South Pole to live with the Penguins.

Well after the hysteria had calmed down I was told in no uncertain terms that I had to sit and watch the film immediately. So that is exactly what I did. I watched the whole film whilst seven of my closest friends watched me constantly to see what my reaction was to every little scene. It was very off-putting. Well of course there was an after showing grilling from them all where they wanted to know my favourite bits, so I thought I would share them with you. 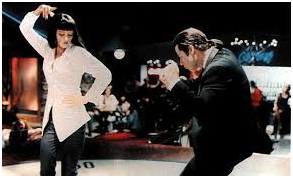 I could go on and on about some of the amazing scenes in this film, but they are probably my top three. I was so impressed that I may even have a Pulp Fiction themed party for my next birthday. I had better get practicing that dance routine!