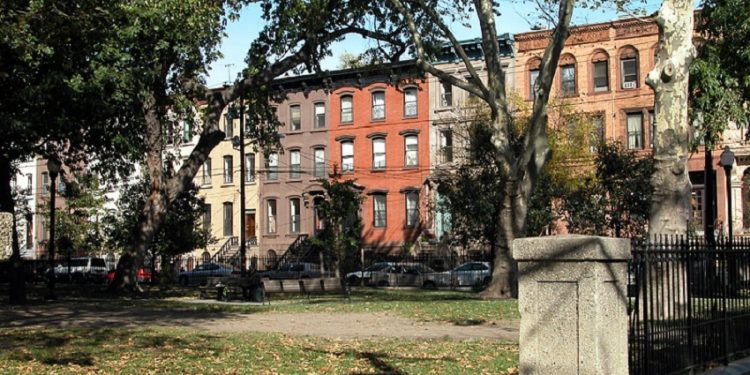 If you are shopping for homes in New Jersey, you are moving into a state rich with history. This small region sits on the cusp of New York City and is a popular choice for commuters. The state offers geographic diversity that includes Victorian architecture, entertainment piers on the ocean, casinos and even mountain views. For history buffs, moving to New Jersey is a dream come true.

American Revolution
For over a hundred years, residents worked to define their region, so it was well established by the time the Thirteen Colonies seceded from Great Britain. In 1776, the first draft of the Constitution of New Jersey made it official. The colony was now a state of the union and separate from Great Britain.

During the war, New Jersey became a critical battleground referred to as the “Crossroads of the Revelation.” Throughout the fighting, more battles took place in this state than any other. On Christmas night in 1776, General George Washington made his famous crossing of the Delaware River in order to fight the Battle of Trenton, a precursor to winning the war.

Industry Moves In
New Jersey became the seat of the Industrial Revelation when inventors found a way to harness the power of the Great Falls of the Passaic River just outside of Patterson. The energy from these falls brought in industrialists making silk and other textiles. Patterson, New Jersey became the home of famous gun maker Samuel Colt in 1835, because he needed the power found there to manufacture firearms.

It the 1800s and 1900s, the Wizard of Menlo Park began inventing products in New Jersey that would change America. Thomas Edison is responsible for the phonograph and the stock ticker among his thousands of patents.

Sites to See
New Jersey is a historical discovery for new residents. The state offers The Edison Memorial Tower and Museum in Menlo Park with an innovative art deco design dedicated to the inventor. You can travel to the Trenton Battle Monument or look at various battlefields in Washington Crossing, Princeton and Monmouth.

Architectural connoisseurs will enjoy the Dutch and Colonial exhibit of the Steuben House in Lower Bridge or the Hancock House in Lower Alloways Creek Township. See Ellis Island in Jersey City one day and eat seafood on the shores of Wildwood the next.

Over the years, people making their homes in New Jersey have made a difference. From patriot Thomas Carpenter to Bruce Springsteen, it has been a focal point throughout history. With New York on one end, and the serenity of the Pocono Mountains on the other, New Jersey is the ideal state for your next home.