If you go down to the woods today…

If getting some fresh air in the great outdoors is how you love to spend your free time then you won’t go far wrong with a visit to the Royal Forest of Dean. Whether you enjoy the thrill of mountain biking or are an avid lover of nature, you’ll be sure to find the perfect activity here.

During Medieval times, the forest was used as a royal hunting location and then became a source of timber for the Tudor’s navy warships. Later in Victorian times, it became a major hub for coal mining with tramways running through the countryside. Although it has changed a great deal over the centuries, it remains a very beautiful part of the country. 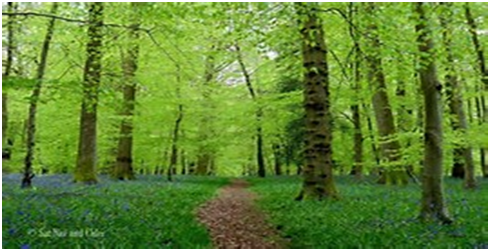 You’ll spot an wide array of wildlife here and a great many places to explore. The four main visitor sites are:

Cannop Cycle Centre – different trails to suit all levels and you can bring your own bike or hire one for a day of exploring. There is also a café for refueling pit stops.

Symonds Yat Rock – here you’ll find an Iron Age fort with incredible views out over the River Wye. A great chance to spot as many birds of prey as you can.

Mallards Pike Lake – a perfect area for a stroll and a picnic by the lake. This is also where you’ll find Go Ape, the adventure trail featuring high ropes and tall challenges in the tree tops. You can also hire a segway and explore the forest in fun style.

Beechenhurst Lodge – here you will find the popular Sculpture Trail, cafe, play area and climbing tower. This is the ideal starting point for exploring the forest.

The Forest of Dean covers more than 110 square kilometres of mixed woodland and is one of the surviving ancient woodlands in the country. The main sources of work here was forestry, charcoal production, iron working and coal mining. The earliest mining has been dated back to Roman times. The area was occupied by the Romans at around 50 AD as they were attracted by the abundant natural resources including iron ore, ochre and charcoal. For a Gloucestershire Wedding Hotel Venue, visit http://www.thespeechhouse.co.uk/weddings/.

Offa’s Dyke gets its name from the Saxon King Offa of Mercia who built his dyke high above the River Wye to firmly mark the boundary with the Welsh. Due to its proximity to Wales, it may have come under Welsh rule at times during the Medieval period when its history becomes a bit obscure. 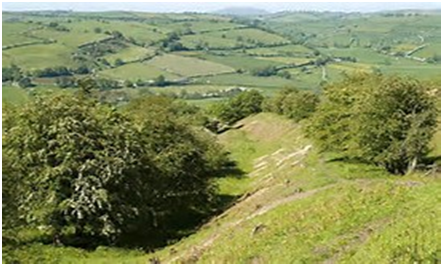 The area forms a rough triangular shaped plateau with the River Wye sitting to the west and north-west and Herefordshire to the north. The River Severn lies to the south with the city of Gloucester to the east. The highest point in the forest is the Ruardean Hill at 290 m.

Some famous faces to hail from the area include members of the band EMF who are from Cinderford. James and William Horlick were the inventors from Ruardean who created malted milk powder and gave their name to the drink Horlicks which we still enjoy to this day. Dennis Potter, the famous playwright, was born near Coleford and used the area a great deal in his work. Even the world famous J.K Rowling has spent time in the region, living on the edge of the forest in Tutshill between 1974 and 1983.