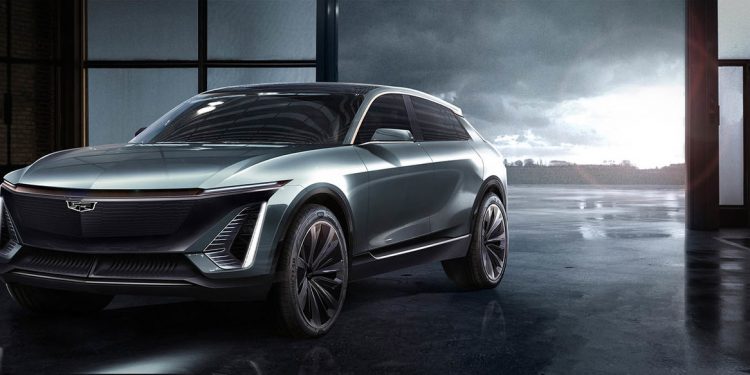 Almost all premium brands enter the segment of electric cars with an SUV or a crossover. Jaguar proposes the i-Pace , while Audi has just launched the e-tron on the market and Mercedes will do the same soon with the EQC SUV . Even BMW, which already has the i3 on the market, will launch in a 100% electric version of the current X3 SUV, the iX3 .

Well, Cadillac will also have its 100% electric SUV . Cadillac is called to be the brand that will lead the electrification of General Motors. And therefore he has to listen to the market. And if the market wants an SUV, they will give you an SUV. Specifically, it will be a model very similar to this Cadillac EV Concept unveiled on the sidelines of the Detroit Motor Show.

On the occasion of the presentation in socidad of the new Cadillac XT6, the American signature also unveiled an advance of what will be the future electric car of Cadillac. And it’s just an advance because what was taught to the attendees were these images. There was not a physically present concept car.

In Cadillac gave little detail and limited to explain that the future model would be a crossover, available with all- wheel drive or two-wheel drive and will use a platform of type “skateboard” (like many electric) totally new. That is, it will not recover the Chevy Bolt platform, for example. Cadillac also has the ambition to sell it globally . That means, for example, trying to sell more than the 800 cars that Cadillac usually sell throughout Europe.

A new course for Cadillac. Again.

The announcement of this new model, whose final design will be inspired by these images, comes at a key moment for Cadillac in which the brand must reinvent itself. Under the baton of its former CEO, Johan de Nysschen, Cadillac moved its headquarters to New York and reorganized its range to compete with the sedans and coupes of more or less sporty cut BMW. However, despite some products acclaimed by the American press, the public was not convinced.

Now, Cadillac has a new captain and everything points to the manufacturer will be positioned as a brand in which electric cars will have more and more presence in its range. The issue for Cadillac and General Motors will be, on the one hand, follow a plan outlined without changing course with the first contrary breeze, and on the other hand convince the public that an electric Cadillac is the car you are looking for.

And it is not the first time that Cadillac tries to convince the public that bet on the electric car. You already tried it with the 2014 Cadillac ELR , derived from the first Chevrolet Volt. Despite the good reviews, the car was a failure with less than 3,000 units sold between December 2013 and February 2016. Thus, to want to champion the electrical revolution, the brand happened to attack the BMW M3 and M5 head-on. With the same success. Hopefully this time, the direction adopted is the right one.