Resisting the urge to scratch. 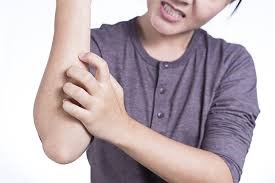 One of the most maddening things that can happen to a human being is being itchy. It’s made even worse if it’s a particular itch that you cannot scratch or if you do you find that it gets progressively worst. What makes us feel itchy? A lot of the time its set of by looking at crawling bugs or being told when someone has nits or that a Dog or Cat may have fleas. The itching that we feel in those case is quite psychological not and actual physical manifestation. Situations and environments also play a part. If one colleague of goes down complaining of itching than it can have a knock-on effect where all the other office members start to feel the same.  That can be easily rectified especially if you get the assistance of a Commercial Cleaning Company Cheltenham way like http://cleaningcompanycheltenham.co.uk/ at least that way you’ll be able to rule out the office being a festering bed of fleas. 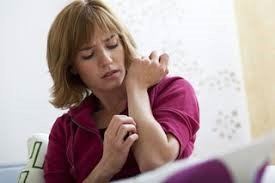 The answer to why we feel itchy is pretty much all in our heads. There are two stages to the process of how we react to being itchy. This was laid down in the British journal of Dermatology after some extensive study, so they should know what they’re talking about. They found that the initial urge to be itchy is not related to the skin on your body. For example, if someone talks to you about lice, or fleas then the mind immediately kicks in by reminding you of what a flea looks like and what it feels like on the skin. This is a defence mechanism that the brain uses so that you try and avoid any contact with a flea ridden person and don’t end up the same way. However, it also starts a reaction in your skin to make you aware and this is when you start to feel the start of itching. What the Scientists did to prove this was to expose one group of people to images of insects and insects biting and monitored their reactions and asked them how they felt. The other group were not and went through the same questions, but both showed different reactions. The group with the insect pictures got itchy.

The second phase of the cycle is the actual scratching. By this point the itch has become unbearable and then the scratching has started. The only problem with scratching is that whilst he takes away the sense of the itch it starts to make the feeling worse. Thus, you get into a never-ending cycle. Apparently, the best thing to do is to rub the area and focus on something else.