Why “I hacked” my laser printer? (What does that say about the entire industry) 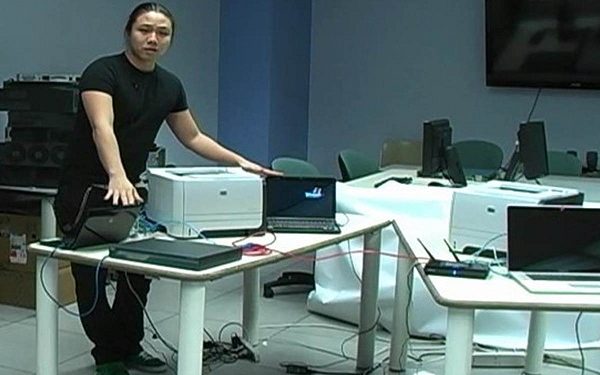 Try to find data on the future of laser printing technology and ink, something that truly represents a major change in the current gloomy outlook. There is little, very little point to the revolutions themselves are seeing their cousins, the 3D printers that astonish us every day, and that surprises in these times, which seems to have more and better alternatives for virtually all we drove technologies in recent decades.

Not so with the printers. Keep buying inkjet printers that cost little money and those manufacturers funded by the old trick of cartridges price of gold, or laser printers that follow a similar pattern. The cost per page, the fundamental factor for user’s still experience changes, and top manufacturers put all kinds of obstacles for you to take control of your printer. That is precisely why I hacked into mine. 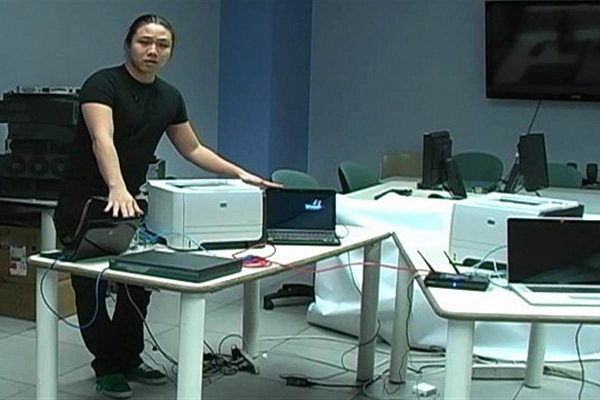 There had as my multifunction laser printer, Samsung 3205W who had never given me a problem, suddenly stopped printing. Empty toner read the warning message on the control panel of the printer.

Actually, I had foreseen this situation and had sought replacement toner weeks earlier. In the search process, I faced the same reality that users face inkjet printers. The cost of the original parts against compatible is much higher. In my case, an original toner walked in the 60-65 dollars. Compatible toners were priced at less than 11 dollars. Hard choice!

But obviously, it is not so simple. One removes the theoretically empty toner, replaced by the new “compatible”, and that does not work. The reason? Samsung, like many other manufacturers, integrates a chip on the toner with the printer among other things takes a count of printed pages that you carry with toner. Would you try to print without the chip? No use trying to change the chip from one to another – logic – and the situation seemed to be difficult to answer.

Until one digs a little Internet and realizes that as in many scenarios, made the law, made the trap. It is possible to reset the printer firmware to the counter and the obligation to use official toners disappears. -of Dubious various services, it must be said allow one to “buy” one of these modified and custom firmware to leave everything to consumer tastes.

Said and done. After submitting the necessary data (printer model, serial number, and firmware version called toner CRUM chip) and pay $ 12 via PayPal to a Thai boy apparently I got my firmware, which did not work the first ‘ I was wrong to copy the serial number , but that he did after rectifying that mistake. I had my printer running .And not compatible toner, which also proved to be ready to print non – stop, but the officer who despite Samsung and counting programs still had a few copies to print, although the strength of the print out something weaker, as expected.

The lesson in my case was clear: I who must decide whether the toner cartridge or give for more, I who have paid for the printer. Why the manufacturer strives to limit my use of it? For the most simple and logical reason in the world: money. This control allows, as in many other cases, the manufacturer [X] (put you. The name of the company that RAGE it in that box) wins forcing money to buy a cartridge, a toner, or some component that one needed for that device continues to operate.

And I ‘m not willing to give up that control. Not if I have the option.

Why printers are still stuck in the past?

In this IDC study, they showed how lasers were gaining more and more ground slowly, and how multifunction color laser had a remarkable projection in 2015. The inkjet printers still dominated (18.9 million units sold 2014 laser 10.7 million), but curiously sales of inkjet printers have dropped two consecutive years while laser remains positive.

Not that the market reports printers are especially fun, but boredom produced by it is particularly worrying. And it is because decades after the appearance of these two alternatives, there seems to be no movement. There is the talk of more color, better speed, and interest in prints in A3 size, but there is no mention for future printing models. There are no alternatives, no hope that there is.

Still we anchored to the past. We remain condemned to try to capitalize on a market that crushes the consumer no longer with the price of ink, but with the price of the cartridges. In our analysis of the price of ink the conclusion was clear: we print less but paid more. That is an almost anecdotal study of late 2007 that we discovered that a liter of printer ink out 1400 dollars and things have not changed much.

The appearance of compatible toner cartridges and unofficial but made logically manufacturers began to shake. They had (slightly) the gravy train, so I had to react. The inclusion of chips to avoid using cartridges “pirates”, the introduction of pretty stingy counters and other marketing actions directly aimed at that one were spent very little in the printer and much in the cartridges or toners stood as a technological fraud of our day to day.

Often one wondered if instead of buying new cartridges or toners would be almost better to change printer. Manufacturers discovered in The Guardian, every time they put less ink in ever smaller cartridges, so one was spending even more with each new generation of printers. And that made us go back to the same thought. Buy cartridges, printer or renew? … So, if four hard you had a different and perhaps better, the second option seemed more interesting. The manufacturer gained in either case.

That fraud is accompanied in addition to another particularly worrying consequence: the business of cartridges and toners, however much they say the manufacturers, does not seem too sustainable. At least not with the environment: dust is harmful toners Careful with spills or breaks recombines- and there is some production of ozone and nitrogen oxides, and both plastics such as toners cartridges, though it can be recycled, just as printers that no longer serve us in any landfill. The dimension of the problem is huge when you consider that about 30 million new printers are purchased each year.

Epson and HP change the story, but the ending is the same

And so we come to the current situation, that in which Epson presented a few days ago its new printing technology. You no longer change cartridges, majesty. Now we are going to sell some bottles of ink with which to populate the official cartridges. A brilliant idea that theoretically reduces the price of replacement: is not the same the cost of a cartridge with integrated electronics and ink to be entered only the cost of ink, also comfortable you supply in official containers.

In The Wall Street Journal had the opportunity to talk about one of those new printers, the Epson Expression ET-2550, which cost around $ 400 and is characterized precisely by the new system refill cartridges. The Eco tank called allow one of these bottles of ink is purchased to fill those tanks (let’s forget the term “cartridge”) and theoretically reduce some of the cost per page. Almost makes you want to give congratulations to Epson for creating that concept in effect it takes a turn (light) -by the way to the situation: there are bottles of “compatible ink” – but there seem to be similar alternatives in the segment of laser printers.

Other manufacturers focus on other charts. HP, absolute benchmark in the market, leaving aside the discourse on the cost per page, which is what gives you money, of course, and sells us features like printing from mobile devices , the safety of these products, or even a down market applications to make better use of their printers from different scenarios and services in collaboration with companies like Google, Dreamworks or Snapfish.

HP also has its own way of trying to compete in that market Epson cost per page that seems to have reinvigorated. This computer giant wants to sell subscriptions, no cartridges. With prices ranging from 3 to 10 dollars, you can enjoy monthly remittances cartridges taking into account the number of copies to print per month. The idea is to favor those users who have rather fixed needs in the field of printing and seems more geared to small and medium enterprises.

The ideas of these two companies are joined by others that have managed to discover, but we do not know the practical application. This is the first Trillium Belgian technology company Xeikon, one of the theoretical frameworks in the future of digital printing.

The idea: combine their experience in the electrophotographic market with the use of a toner based on a high viscosity system. For now, its application seems destined to large formats, but it would be interesting to see if this type of toners can be integrated into household devices or the company.

As in the previous case, another alternative is the technology of one of its competitors in this field, Landa Corporation, which has a water – based ink called Landa Nano Ink, makes use of the nanographic and it seems that he is also directed to large format printing.

Will they arrive, these or other alternatives to curdle in the domestic market? A priori it seems that no revolutions arise in that section. And that only seems to provoke a conclusion: users try to keep looking for the solution that compensates both performance and price. And if that means paying $12 for a modified firmware … so be it.