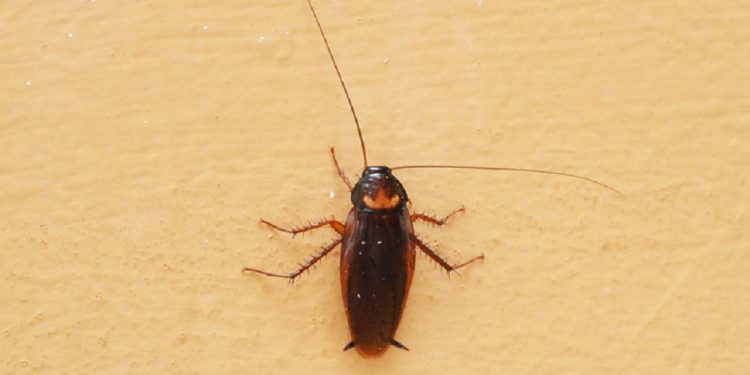 Cockroaches can be called a wide range of things, from outright annoying to fascinating, and even beautiful. Many species of roaches are prized for their rarity and even protected by animal rights enthusiasts and natural scientists the world over. When it comes to the common apartment cockroach, however, the situation is radically different: it seems the human species is at a loss of ideas for dealing with them and for getting rid of them as quickly and efficiently as possible. Extermination certainly is feasible, and with the help of the right service provider, it needn’t even be a lengthy or costly process. This is one myth about the common household pest. Read on to find out what other three myths about cockroaches are entirely untrue and founded on old wives’ tales.

This is partially true, but it’s worth mentioning that you’re not likely to get bitten by a roach within your lifetime – and you can take that quite literally. In other words, the only time a coach will actually take a bite out of a human is after a said human has expired. Some cockroach species will bite and eat human flesh, but most prefer fingernails and bodily hair. Most species, though, will only resort to attacking humans in the case of a severe outbreak and infestation, especially one in which there are no other sources of food available at their disposal. However, as long as there is some food left for them in the trash or any other exposed source, cockroaches would much rather eat that instead of human flesh.

Cockroaches can be disposed of with home remedies

While some remedies have, on occasion, proven effective, they rather helped control the infestation temporarily but did not eliminate it altogether. This is not only because of the differences between home-made solutions and the chemicals a professional exterminator would use. Most importantly, it’s because no such infestation affects a singular home or apartment within a building. Cockroach control needs to be handled globally, on a large perimeter within a short span of time, and with the support of all the homeowners or building superintendents involved. Otherwise, the population of roaches will only be partially decimated – and, given their rate of reproduction, it will be a matter of days before they’re back in even bigger numbers.

Boric acid is the best way to get rid of roaches

While boric acid does help counter a cockroach infestation, it’s also important to remember that proper application makes all the difference in dealing with such a situation. That’s why calling in a professional is often the best solution: the boric acid needs to be placed simultaneously, in all the access points to the roach colonies. When applied improperly, this substance can make a mess of an apartment, leaving the owner both with a pest infestation, as well as with an entire house to clean up.