The Dangers of Drinking for Young People

Many young people choose to socialise with a drink in their hand and while our culture accepts alcohol as a normal rite of passage, do we really understand the effect it has on a young person’s body? Here we look at some of the dangers of too much alcohol on teens and young adults:

Binge drinking involves consuming a lot of alcohol in a short space of time and with this comes a risk of poisoning. Alcohol levels can become so high that parts of the brain are seriously affected. Balance and speech become affected, but also the nerves that control breathing, and heart rate are negatively impacted. Body temperature drops, and hypothermia can set in. The gag reflex can be weakened so much that choking becomes a real risk, especially if vomiting occurs.

Alcohol can reduce mental and physical abilities, affect judgement and negatively impact co-ordination. As a result, accidents and injuries are much more likely. Younger people who have not finished growing have a lower ability to metabolise alcohol, so intoxication can happen quickly. With a lack of co-ordination and increased confidence, trips, falls and injuries are highly likely. 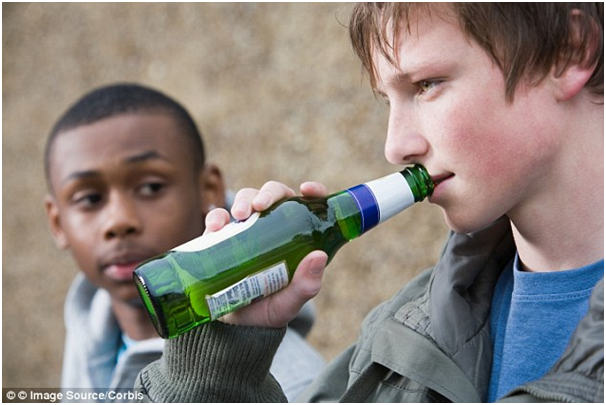 Underage drinkers are significantly more likely to experience sleep disturbance, weight loss and headaches than young people who do not drink alcohol.

Young people’s brains have not finished developing and alcohol can have a negative effect on many brain functions including memory, the ability to learn, attention and reaction times. Children still in secondary education who start drinking are statistically more likely to get worse grades, play truant and even be excluded from school completely. Mental health

Almost half of all young people who drink regularly do so to cope with problems in their lives or to help them forget their problems. This suggests that those who drink are more prone to mental health issues and should not be dealing with problems with the use of alcohol which is a depressant. It is well-documented that mental problems and alcohol misuse are connected.

Binge drinking is a major problem, but it can be an introduction to other recreational drugs. It is well-known that young people who drink are more likely to smoke, use cannabis and try other harder drugs. 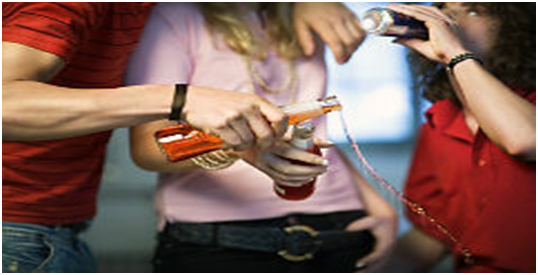 Growing up is tough sometimes and the temptation to experiment is strong, especially if peer pressure is present. Drinking can increase their chances of finding themselves in vulnerable situations. Whether it’s trouble with the law, getting in to fights, being the victim of crime or engaging in sexual activity, they could find themselves in a dangerous situation they don’t fully understand. If you’re worried about your son or daughter being sexually active while drinking, think about Chlamydia Testing kits London. Visit bexleysexualhealth.org for a chlamydia testing kit in the privacy of your own home.

Liver disease is more likely when young people drink regularly and continue to do so into adult life. They are beginning to do damage to their liver without realising it. Higher numbers of people are dying from liver disease now in Britain, while they’re only in their twenties.