A quarry might look like an unsightly gauge in the ground or the side of a hill but what purpose do they actually serve? The reason we quarry is for all the essential materials that we take for granted in our daily lives, like materials for roads, buildings and for the generation of power for our homes and businesses. Quarrying provides materials essential for our economy and is an important activity that needs to be done safely and in a way that doesn’t harm the environment.

Quarrying removes rock, gravel and sand from the ground to be used in many different sectors of industry. A quarry is the site of open excavation whereby minerals are removed from the earth. Stone can be removed for the supply of building material to the construction industry. In the UK most quarrying is done for this purpose and the largest amount of minerals removed are known as aggregates.

Coal, limestone, gypsum, clays and sand are other materials that are mostly quarried in the UK. Quarrying supplies industries such as, ready-mixed concrete plants and plants that produce asphalt and bitumen for road-laying. 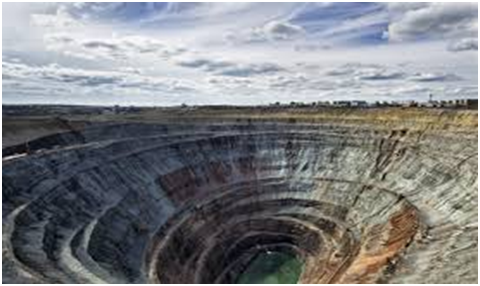 Rock quarries are usually in operation for about 30 years and are excavated in stages which leads to their stepped appearance. The use of controlled explosions will normally start the process in order to free up the rock on the surface. The rock is then moved by truck or conveyor belt to a crushing and screening process. This process prepares the material for what the customer or industry requirements will be. Reliable and effective machinery is needed in such a tough environment. For Gates timing belts, visit http://industrialbeltdrives.com/product-category/timing-belts/

Stone has been quarried on the Isle of Portland since Roman times and it is known that the stone coffins and lids were constructed from single blocks of Portland stone. It began to be shipped to London in the 14th century. Portland stone became the choice of building material in London and has been used in the construction of St Paul’s Cathedral and Buckingham Palace. It was also used in the building of the United Nations Headquarters in New York. To help the transportation of the stone, the island was connected to the mainland by rail in 1865.

Portland stone is a limestone, formed in marine conditions during the Jurassic period. Limestone is a sedimentary rock consisting of remains from marine organisms. It has many uses as a building material, in roads, gardening and even in toothpaste and paint. It is a readily available rock and offers long-lasting protection as it performs well to exposure however, it is very heavy and relatively expensive. Other uses of limestone include:

As you can see, whilst not very attractive, quarrying certainly has many important functions and provides us with materials that we need for our everyday lives.