What exactly is a rodeo? When you hear the word you probably conjure up images of cowboys and the Wild West and you wouldn’t be wrong but did you know that the tradition is actually Spanish in origin. The  word rodeo comes from the Spanish verb rodear which means ‘to surround’. Modern rodeo is based on the activities on early ranches from the 1700s which included roping, horse breaking, herding, branding and riding.

The influence of the United States occurred when the cattle business boomed. Huge cattle drives bringing cattle to stockyards would end in the cowboys staging informal competitions to decide which group had the best riders, ropers and drivers. That’s went the word rodeo was adopted for these contests.

When railroads opened and transportation became easier, there was no need for long cattle drives anymore and so the life of the cowboy dwindled as many found themselves taking jobs with a new venture called Wild West Shows. These shows were a mixture of theatre and contest and made money by glamourizing the frontier landscape and lifestyle. Rodeos continued as well and were a way for former cowboys to supplement their income in front of paying spectators. Towns would stage annual stock horse shows and cowboys would travel to these and hold their ‘rodeo’ competitions.

Wild West Shows didn’t last long due to their high production costs but rodeos survived. Spectators paid to watch and now cowboys paid to enter and compete, with contestant fees going into the prize money pool. Many towns hyped up these events and promoted them especially such frontier towns as Cheyenne, Wyoming and Prescott, Arizona. They quickly became the most exciting and anticipated event in these places. You can recreate all the fun of the Wild West by finding your own Rodeo Bull Manufacturer. For more information, visit http://www.gsrodeobulls.com/. 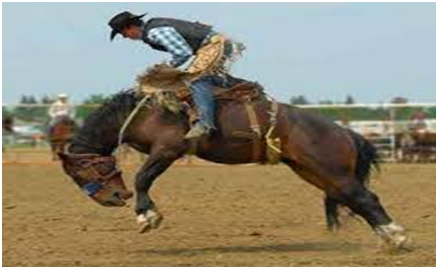 As frontier life disappeared, its attraction and desire for heritage grew stronger. Cowboys who had once been in financial ruin, could now travel and earn a living from becoming a professional rodeo competitor. By 1929 many rodeo committees came together to decide on a uniform set of rules and regulations under the direction of the Rodeo Association of America. However, things weren’t always straightforward and the cowboys were often taken advantage of with prize money being short and dodgy judging decisions.

During 1936, some disgruntled cowboys staged a walk-out protest and thus was born the Cowboys Turtles Association which later became known as the Rodeo Cowboys Association in 1945. A further name change in 1975 saw them become the Professional Rodeo Cowboys Association and they remain the biggest body of rodeo in the U.S and Canada. After a full year of qualifying contests, the National Finals Rodeo is held annually in Las Vegas, Nevada.

So what started out as work eventually became a sport. The skills of the Spanish vaqueros were passed along to the American cowboy after the civil war when frontier territories were significantly expanding. The major difference between Spanish and American rodeo is that the Spanish focuses on style and the American version is all about the speed.