How do you get your face on a UK banknote?

When it comes to our currency here in the UK will like to include an image of some of our most influential and favourite people in his, along with the obligatory inclusion of the profile of the current King or Queen. Similarly images are included on our coins and many of these turn into collectors items UK Coin dealers see in their collections. GM Coins is one of a select few UK coin dealers in Gloucestershire and it is worth contacting them if you are looking for a specific piece.

There is a process that is followed by the Bank of England when choosing who to include on the banknotes. It is important that the person being chosen is someone who will be recognisable across all walks of life and cultural backgrounds here in the UK. For this reason the Bank of England tends to choose people who have made a contribution to the UK through their leadership, their values or some kind of innovation. These will always be real people and fictional characters will not be included and the person will not be shown on the banknotes until they are deceased. The current reigning monarch is the only living person that can be shown on a banknote. It is important that the Bank of England can get access to a portrait image of the person chosen.

A special committee was set up in 2014 called the Banknote Character Advisory Committee and they look at the field which is going to be represented on the banknote. Such as literature or science and the committee then reaches out to specialists in these fields and invite them to join the Committee for that round of banknote choices. The UK public are then asked to nominate people who they think will fit into this category. 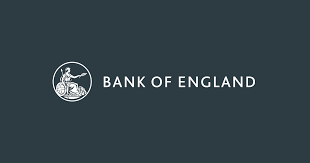 Once the list of nominations have been looked at (in 2018 there was close to 228,000 nominations for a scientist), a focus group is then established to look at the people included and to try and identify who appeals the most to people and who they feel a connection to. A shortlist is then created based on the reactions of the focus group. It is presented along with some historical research on the person to the Governor who makes the final decision as to who will appear on the banknote. The image can then be included in the next printing of the specific banknote.