Headphone Buying Guide: How to choose my model wireless HiFi 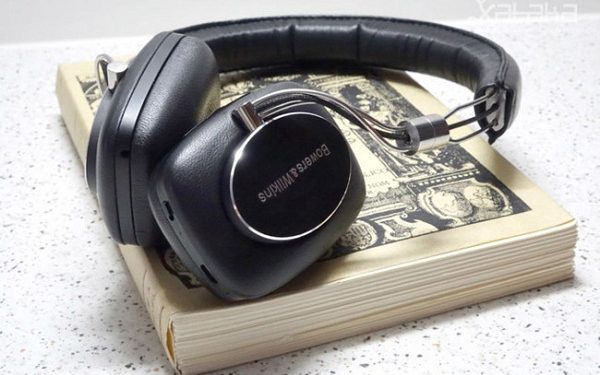 Today we will be more specific and focus the guide on how to choose a wireless HiFi headphone type. That is, it receives the audio signal via a Bluetooth link directly from a stereo, mobile terminal or using some intermediate transmitter instead of the typical cable jack. We started.

In the previous article we noted the basic features that all good headsets with intent to deliver sound HiFi must have and what options are available in the market. You can consult here, but just in case we will make a brief review. 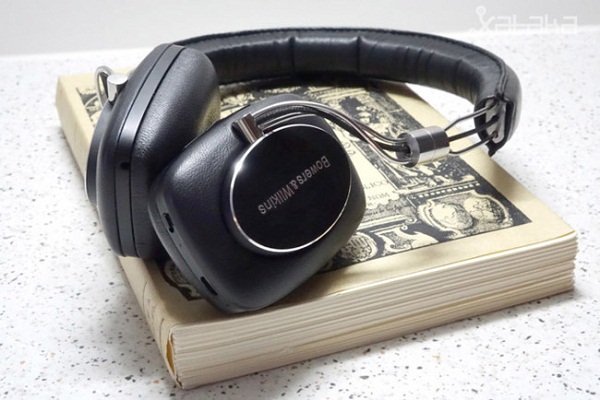 To begin, we noted how there are different types of headphones according to the way of their pavilions (earphone, in-ear, supra – aural and circumaural), being generally best suited for audiophile listening to circumaural and if possible open pavilion if we use in an environment without noise (otherwise closed best pavilion).

Also commented on the importance of choosing a model with a relatively low impedance (less than 60 ohm). To avoid problems of lack of power, becomes less important feature if the cordless handset and carries its own built -in amplifier.

The next important point was the sensitivity (given in dB), which showed us how easy it would be to excite the transducer. We also had to look at the range of frequencies spanning the handset (ideally between 20 Hz to 20 KHz), the number and size of the transducers and the material that were made and isolation pads.

This aspect is even more important in wireless headphones as its weight usually will be higher than a wiring pattern, which can potentially cause fatigue to use many minutes at a time and should go for ones that are comfortable to use.

Specific features of a wireless headset

Wireless headphones, unlike the wiring, require an internal battery in order to function properly, which can increase the weight of the device, especially if you also include other extra features. The ideal is to have a battery powerful enough to provide the autonomy we need in everyday use.

No need to buy the wholesale market, as it will increase the weight and inconvenience of use. In addition, it is recommended that can also connect the headset passively through classic analog cable to use it when we have no cargo. It should also look at how the charging system is, if it is simple to use, if we can always take with us or if it depends on a large base that we can hardly get home.

We have to pay attention to the recurring problem of interference. Wireless headsets are to be added to the swarm of devices that have already working at home may suffer problems with equipment such as routers, cordless phones, mice, keyboards, etc. In these cases we can try to change channels in which the WiFi network functions, use another band if we can (e.g. 5GHz) or away everything of problematic appliances to avoid losing sound quality and suffer cuts and interruptions signal.

Is it advisable to a model based on separate transmissions? It depends. The function of these rules is to make intermediary between the sound source (e.g. a mobile or CD player) and headset, generally using a different Bluetooth proprietary technology.

I usually have the advantage of offering a greater range, easily surpassing the 20 or 30 meters and some give us the option to change the channel, the band used to get the best reception. They are a good choice if your audio source device does not support Bluetooth, but have the disadvantage that always is dependent on the base in order to use the handset.

Many new models coming to market that will incorporate the so – called active noise cancellation. These complex systems using destructive interference of waves to create an artificial sound signal will add to environmental noise resulting in total or partial cancellation of the same.

They can be very effective with monotonous and constant noise such as the sound of traffic, fans, computer equipment, etc. But not everything is positive. If you choose a model with this feature note that need external power to operate the cancellation system, which recharges the battery will be more frequent. In addition, the active cancellation will modify the audio signal so if you want a sound HiFi probably will not like these manipulations.

In a headset wiring the signal goes directly from the source (e.g. a mobile) to the transducer, generally without further processing. Wireless one thing is quite different, because before being airborne for example by the Bluetooth protocol will have to be re – encoded and compressed, subtracting fidelity to the original audio track.

The first Bluetooth models that came years were not very good at the time of encoding the signals, since the compressing excess. Fortunately things have changed, but we must look at the type of transmission system that supports our handset, indicator of the highest quality that we offer. Typically, any modern handset supports Bluetooth A2DP profile (Advanced Audio Distribution Profile) and with one of these codecs: SBC, aptX and AAC. Let’s see its features one by one.

The SBC (Subband Coding) is the coding system used by default A2DP and is supported by all Bluetooth stereo equipment. It provides good sound quality with medium compression and without requiring a lot of CPU power. It is able to compress about 328 kbps with a sampling rate of 44.1 kHz stereo 16 – bit signals, making it very close to most of the typical MP3 file.

The following is aptX, designed to offer similar to the Audio CD quality (16-bit / 44.1kHz) as it can be lossless and is far more efficient than SBC offers higher sound quality and the most recent versions support up to 96 KHz and 24 bits. Of course, keep in mind that both the headset and the sound source must be compatible; otherwise SBC will be used by default.

Finally we AAC (Advanced Audio Coding), a very popular Apple codec in the world and about Bluetooth is typically used with a compression of about 250 Kbps offering a quality similar to SBC.

So which one is better? If you’re looking as close to HiFi experience you’ll need a compatible headset with aptX. Otherwise both SBC and AAC generally have a good result, but you will lose some nuances in your favorite sound track.

Do you have any further questions to choose your wireless headset? Here is a small collection of interesting models that allow you to enjoy your favorite music wirelessly:

Weighing 210 grams, it belongs to the range of high – definition Sony and has diaphragms 40 mm neodymium which are capable of generating quality bass without distorting. It is designed especially for modern musical genres in which emphasize low frequencies, but neither misbehaves with classical music or vocal.

Use Bluetooth and NFC but also can connect wired if we run out of battery with up to 17 hours of battery life. It also has a built- in make and receives calls from the mobile microphone.

It is a kit consisting of a wireless base station two sets of headphones. Both use the same sound source, but we can control the volume individually. The main advantage of using this base transmission is the signal range, because unlike Bluetooth models will have up to 100 meters.

They have open, dynamic transducers with neodymium magnets that give a frequency response supraaural design comprised between 22 and 19,500 Hz with a sensitivity of 106 decibels.

The Sound Blaster ZXR are some interesting EVO Bluetooth headsets that keep inside some tricks like active noise reduction, USB connectivity working as sound card or direct connection to other devices through the 3.5mm port jack four poles.

We are facing a multipurpose model designed for games but also offer good performance when listening to music.

A feature 50mm drivers, protections leather and memory foam to take during long gaming sessions or multimedia playback. They have a range of 8 hours when not in use USB – connected and are foldable to put them in the transport and storage bag included.

The Parrot Zik 2.0 is a wireless headset that is characterized by its multifunctionality, as it does not focus on offering only high sound fidelity, but complements it with a number of extra features that allow us to make the most of our phones and tablets.

It has a weight of 270 grams, uses Bluetooth 3.0 and offers fast terminal with NFC pairing touching only the left ear. It has touch control for volume and to switch audio tracks, a motion detector that turns off the music to take off the headset head and a DSP (Digital Sound Processor) 32 bits.

It incorporates six microphones to pick up background noise in different positions, and is able to reduce by more than 25 dB. It has a frequency response between 20 Hz and 22 kHz and a rechargeable battery with a battery life of between 6 and 18 hours.

Sony presented a few months ago its flagship model wireless headset, the MDR-1ABT, a device incorporating the audio codec LDAC designed to optimize the transmission of high resolution audio thanks to its ability to transport effectively up to three times more data a standard Bluetooth connection.

It has a touch sensor housed in the outside of the pads to stop playback, skip songs or adjust the volume by sliding a finger across its surface. In terms of specifications incorporates diaphragms liquid crystal polymer coated aluminum and 40 mm. diameter to provide an answer between 4 Hz and 100 kHz.

They have a sensitivity of 98 dB / mW at 1 kHz, an impedance of 24 ohms and a range ranging between 24 and 30 hours. NFC connectivity features and weighs about 300 grams.