Financial Freedom: A Journey Into Budgets, Savings, and Transfers 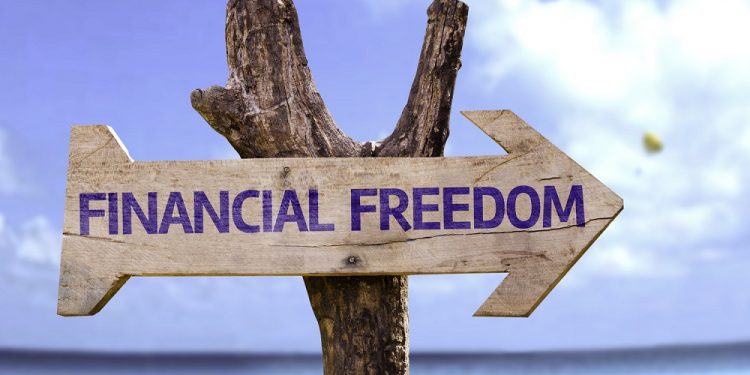 My journey to financial freedom has been a little like the old one-step-forward-two-steps-back dance. I’ve failed many times but have come back stronger each time, and now I can finally say that I am on my way. It has taken self-discipline and willpower. And while I still struggle to stay on track all the time, the peace of mind I’ve gained from implementing new strategies into my financial plan has helped me see the progress and continue to make progress now and in the future. But, naturally, it didn’t start that way.

I had graduated from college with a degree in finance; though, you would never know it based on my spending habits. I got a job in the sports industry and made pretty good money for someone my age – about $40k/year to start. I started squirreling away money into a savings account. I had my bills all paid for. But, with money came fiscal responsibility, and I had none of it. I spent everywhere I could because I thought I had the money to spend.

My lifestyle became too much for my paycheck to handle. Then a breakup happened that left me with two broken leases and two months of rent to take care of by myself. My credit cards were maxed out. I quickly realized that I didn’t have the money to pay for it all. So, I tried to make more money by looking for side jobs, for freelance work, for whatever would help, but in a recession, finding even one job can be tricky.

No amount of career advice (yep, I was looking for help anywhere I could get it) could get me through the mess I had put myself in. No amount of financial savvy was going to get me out of the sinkhole I had fallen into – a sinkhole that I had created. As the bills piled up, I spent more to pay them plus keep some semblance of my old life. I was sinking fast and it got to the point where I couldn’t get out of the vicious cycle.

At least that’s what I thought. But one day, I woke up to an epiphany, a self-realization, and I started down my own path to financial recovery, and eventually, freedom.

Here’s the thing about savings: it’s great to have for emergencies, but if you’ve got a massive amount of debt, your savings becomes more of a burden than anything else. That money, I realized, could be put to use to get me out of high-interest (and low-interest) loans and debt.

I pulled all but $1,000 from the account and applied it directly to my credit card debt (the $1,000 is my emergency fund for things that are outside of the budget).

I get a lot of blowback for this, but it worked. My credit card balances were outrageous and the remaining balances were sitting there collecting interest that was hindering the rest of my plan. So, I decided to move the high-interest balance to a card that had a lower interest. This saved me about $2,000 in interest fees over the course of a year.

Of course, this is one of the hardest things to actually do, and I still struggle with it. When you make a budget, you have to be diligent and honest with yourself. If you’re not, your budget will crumble pretty quickly.

I took a look at what I was spending money on and determined what could be lived without. Once I got to that point, I took another look and determined where I could potentially save money with coupons, specials, etc. Basically, anything that wasn’t essential to survival or keeping a roof over my head, I cut back significantly.

Made a definitive budget

While cutting expenses, cutting your savings, and making sure you can handle the interest payments on your debts is important, the most important part of achieving financial success is the budget.

These are the things you will want to include in your budget:

– Total income for the month

– Total surplus (total income minus expenses – this money will go toward your debt budget, which is outlined in the next section)

Again, you’ve got to be honest with yourself when filling in the numbers for this budget. If you’re not honest, you’ll find that the budget doesn’t work.

Made a definitive debt budget

You’ll want to create two separate budgets. The debt budget helps you keep track of your debt numbers. Aside from letting you know exactly what you owe, you’ll be able to watch the numbers fall. This is important psychologically, as you get to see your progress.

Ultimately, getting out of debt and living within your means takes discipline, but if you can manage your spending and make smart choices, you can do it.