Flairs are back? Seriously? 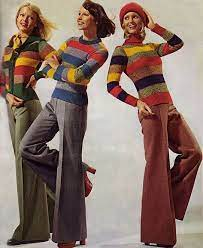 Let me start by saying, No, flares are not back. That’s ok, panic over. Flared jeans and trousers were a strange fashion item that seemed to take hold of western society in the 1970’s and refused to let go. They were also called bell bottoms. What was the point of them? Who knows. For men they started normally then just splayed out at the feet. Womens versions were strange. They did the same at the feet but the waist was small and they seemed to extenuate the buttocks. I’ve not found any logical reason for this.  By the Eighties, and I do mean 1981, they had gone and anyone in them was roundly ridiculed should they dare step out in them. The Punks never embraced them and they became the mainstay of hippies (who were pretty much gone by the mid Nineties). 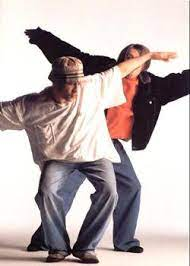 However, this headline was being uttered with a sense of some disbelief in 1989 up to 1992. What was the sudden reason for the, unwanted for the most part, flair jean trousers coming back?

It was Madchester. Despite providing us with some great music and an underground scene that is still buzzing and providing inspiration even today some 30 years later  it also hit us with this. It’s not clear why. Shaun Ryder can barely recall anything  about the period without swearing and Bez wore shorts for most of it. Whilst The Happy Mondays were the main stars, other Manc bands were wearing them and being seen in the scene. Luckily they soon stopped and went back to decent Levi Jeans like EJ Menswear provide today.