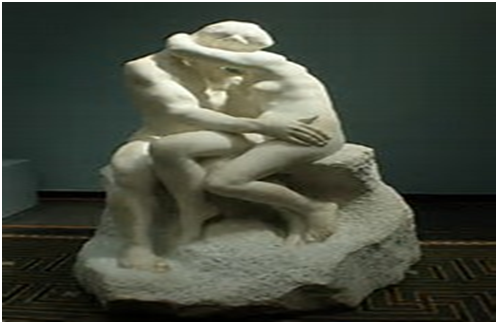 Over the centuries, some incredible artists have given the world some stunning artwork. Artwork that inspires us and makes us see the beauty of humanity and the world we live in. There are many sculptors who have created long lasting, classic and iconic pieces and here we will take a look at some of the most wonderful sculptures ever created.

This is one of the most famous sculptures in the world and was crafted by Donatello in the 1440’s. It was the first unsupported standing work cast in bronze during the Renaissance period. It depicts a young David with his foot on Goliath’s head, after triumphantly defeating the giant. For modern day Bronze animal sculptures, visit http://www.gillparker.com/.

Another iconic sculpture, this was made in marble by Frenchman Auguste Rodin who lived between 1840 and 1917. It shows the 13th century Italian noblewoman from Dante’s Inferno who falls in love with her husband’s younger brother. The couple are discovered and killed by the husband. The sculpture shows the lovers with their lips not quite touching, suggesting that they were interrupted before they could share their love and met their demise.

Another one of the greatest known sculptures and is not attributed to one particular artist. It is a globally recognised symbol of law and justice and it adorns many courthouses across the world. It is also known as the Scales of Justice, Blind Justice and most commonly, Lady Justice. It has been in use since antiquity, dating back to ancient Greek and Roman times as the Goddess of justice.

Auguste Rodin is also responsible for another extremely well-known work in The Thinker. It was originally called The Poet and was commissioned by a museum in Paris to act as an impressive piece for the doors of the museum. Using Dante again as his inspiration, The Thinker is based on The Divine Comedy and called the doors the Gates of Hell. In the end piece, he sits atop the gates and ponders his fate in the fiery depths below. He is naked, in the classical tradition to represent intellect and poetry.

This sculpture is very old and was made between 100 and 130 B.C. She is believed to be the Greek goddess of love and beauty, Aphrodite. Incredibly, the sculpture was discovered by accident in a farmer’s field! It is marble and slightly larger than life with its original arms and plinth having been lost over the centuries. It is thought to be the work of Alexandros of Antioch and is available for public viewing at the Louvre Museum in Paris.

The original of this sculpture has long since been lost and we only have copies to show us what the original looked like. Originally it was sculpted in bronze way back in 460-450 B.C. The copies have all been made in marble or smaller versions carved in bronze. The athlete is naked, as always in depictions of Greek athletics.