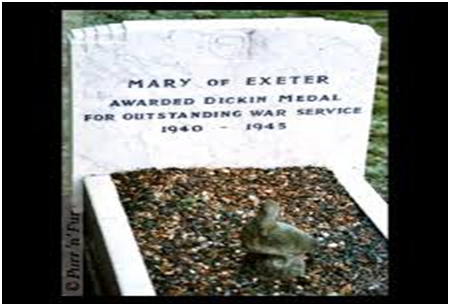 Pigeons can be a real nuisance, fouling on streets, windows and cars. They are an everyday sight in our towns and cities as there is a constant supply of food from litter and dustbins in urban areas. For help with London pigeon control services, visit http://www.vvenv.co.uk/pest-control/by-pest/pigeons/ However, there have been some very useful pigeons in history and during war time some of these birds made themselves very helpful indeed.

Cher Ami was famous pigeon from WWI. In October 1918 an infantry division was stranded behind enemy lines and had made several unsuccessful attempts to send messages via pigeons to the headquarters. Unfortunately all the birds were wounded in flight. Cher Ami was also hit by shrapnel but managed to carry on flying and reached his destination with the message still intact on his leg. He had managed to save the stranded soldiers, even though he had been shot in the breast and had lost part of his leg that carried the vital message. Sadly, he died from his wounds not long after.

Mocker was another famous bird who saw service during WWI. In September of the same year, the American advance was being blocked by heavy enemy artillery. Mocker brought a message that meant the Americans could locate the enemy guns and put them out of action. Mocker lost his left eye and suffered a gash to the head but managed to save the day.

William of Orange managed to save the lives of 2000 soldiers at the Battle of Arnhem in 1944. He was a pigeon soldier in Britain’s MI14, the Secret Service. German troops had surrounded the division and communication was difficult as radios had malfunctioned. William flew over 250 miles and was one of only a few messages received back in England.

A female heroine was called Mary of Exeter and served during WWII for five years. She was repeatedly sent into France and was a member of the Exeter Group of the National Pigeon Service line of defensive communication. A true soldier, she was injured four times but still delivered her messages. She was shot on one occasion and on another occasion she arrived four days late covered in blood after a falcon attack. She was then injured a third time and no sooner had she recovered from that she was hit by shrapnel. She had, by the end of her life, 22 stitches in her small body, the equivalent of 4000 stitches in for a man.

Mocker was awarded the French Croix de Guerre medal for his bravery during the First World War. William of Orange and Mary of Exeter both received the Dickin Medal. The Dickin Medal was introduced in 1943 and honours animals in war. A large bronze medal featuring the words ‘For Gallantry’ and ‘We also serve’. Presented by the Lord Mayor of London, it has become known as the Victoria Cross for animals. Pigeons can cause problems when they are left to breed in towns and cities but as you can see, if properly trained, they can be quite amazing birds too.