Benefits and Challenges Of ICD-10 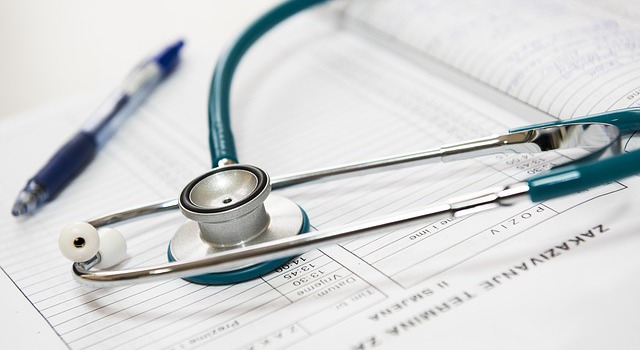 If you’ve found your way to this article you probably already know that ICD-10 (International Classification of Disease) is a coding structure that notes medical records including diseases, causes and other factors. Since the compliance deadline for all medical stakeholders to transit from ICD-9 to ICD-10 is fast approaching, it is important to understand what ICD-10 actually has to offer in comparison to ICD-9.

I am going to take the unconventional route and start by discussing the challenges of ICD-10. Perhaps this would help to put the whole debate about ICD-10 into perspective.

The most obvious challenge that everyone seems to be discussing is the issue of how much the entire transition from ICD-9 to ICD-10 is going to cost.

ICD-10 deals with completely new software and has a very different alphanumeric system of coding compared to ICD-9 which means that all medical coders will have to be retrained in order to continue on in the same field. Training can be done from online career schools like Career Step, the U.S. Career Institute or whichever online training school suits your needs the most.

So taking into account cost of training for all the current coder and the cost of buying new equipment and software, the transition is already proving to be extremely expensive for the healthcare industry.

Since almost every other major country apart from the U.S. has already adopted ICD-10, statistics are showing that there is a huge drop in coder productivity due to this change in the PCS. There is a lot of talk about the drop in medical coder productivity in Canada which has gone down by about 50%. Apparently it is legendary.

This is perhaps the biggest fear that the U.S. is facing regarding the transition.

In order to be prepared for the transition in October many organizations have adopted dual coding (using both ICD-9 and ICD-10) as a process to smoothen the transition into ICD-10. Dual coding does help with international sharing of data and a few other issues that ICD-9 presents, however it is being argued that dual coding proves counterproductive. Because it is a combination of both the codes and because both coding systems are so different, there is plenty of room for error and misinterpretation.

Given the fact that many of these challenges have already been foreseen, there have been plenty of tests conducted on the use of ICD-10 codes. According to the Centers for Medicare and Medicaid Services, recent end to end testing of ICD-10 codes has produced a 76% acceptance rate. Claims with incorrect information have also been submitted to test the rejecting processes as well.

That being said let us now look at some of the benefits of ICD-10.

The new ICD-10, obviously, has many benefits over the previous coding system. The idea is to make the PCS more efficient and by adding more codes and removing ambiguity. The issues and inconsistencies over the years that have been seen in ICD-9 have been identified and addressed in this new system. Below is a list of the most prominent benefits of the ICD 10 PCS:

ICD-9 did not account for a lot of new procedures like laser and laparoscopic surgeries. There was no specific code for these treatments and they were usually just put under “other.” This created a lot of ambiguity in coding for surgeries and some other treatments.

ICD-10 accommodates many new procedures and technologies used in medicine that have since been used. It has a new alphanumeric system which has seven digits instead of 5 and thus can accommodate new and more specific codes that did not exist in ICD-9.

Now that there is a more detailed distinction between codes in ICD-10, it allows for a more precise evaluation of new medical procedures. With ICD-9, new procedures were often grouped together with old ones which made it very hard to tell the difference. More specificity on types of procedures will make it possible for providers to evaluate their own performance against their competitors or peers.

ICD-10 also provides multiple alternatives which allows for a more specific description of combinations of diseases, treatments and procedures.  Since new groups are created it results in shifts to higher weighted DRGs.

The United States remains the only country that has not made the transition to ICD-10. This has made it very hard to share data and patent information with other countries. The formats and codes for ICD-9 and ICD-10 are worlds apart and so U.S. physicians waste a lot of time in deciphering ICD-10 coded medical records that come into the country.

Universal uniformity is extremely important in the healthcare industry as it could most often be a matter of life and death.

ICD-10 has the ability to rate the severity of injuries which ICD-9 does not do. It allows for the description of the nature of the injury as well as is severity. External cause of injury codes are also much more detailed in ICD-10-CM than in ICD-9-CM.

This also goes a long way in simplifying the process of insurance claims. There are fewer rejected claims as there is no room for vagueness and each injury is specifically defined.

ICD-10 is a more logically arranged PCS and accounts for a lot of new procedures that ICD-9 did not have. It also includes clinical terms that are more accurate since it has done away with the ambiguity that comes with ICD-9. All these things together with the fact that ICD-10 codes are more specific, it has been estimated that there will be fewer coding errors with ICD-10 and the level of errors will drop below the current rate under ICD-9.

ICD-9 was created with the intention of using it for patient indexing purposes. These codes were not developed for reimbursement purposes. Its mere purpose was to classify statistical data for patient history. And so today it proves extremely inadequate for use in healthcare settings other than hospital, especially for reimbursement.

ICD-10 codes are now specifically designed so that payment procedures can be built upon them. This also contributes to fewer rejected and improper reimbursement claims.

ICD-10’s alphanumeric structure provides a better format than ICD-9. It allows for significant room for future revision without having to disrupt the entire numbering system. This was not possible with ICD-9. With ICD-11 the hope is not to have so much resistance towards transitioning (whenever it happens) and also not to disrupt the system but simply build on it while keeping the previous system intact.

The problem is that ICD-9-CM can no longer keep up with medicine. After 30 years, the code set is outdated and can no longer meet the demands of healthcare’s data needs. It cannot accurately describe the diagnoses and inpatient procedures for care delivered. The uses being made of coded data today go well beyond the purposes for which ICD-9-CM was designed

With the calendar ever closing near to the deadline, the ICD-10 poses a complex flux of challenges before the entire industry is made ready for the shift. However, seeing its advantages and possible impacts on the way we practice healthcare – it is safe to say that the transition is a necessary one.