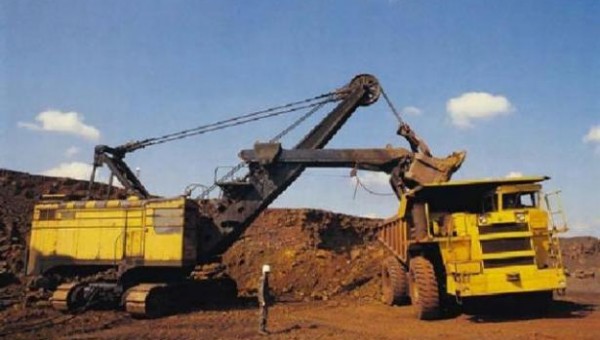 A massive investment boom focused on the mining sector has fueled the Australian economy for the past several years. Australia fared better than other countries during the Great Recession due to the boom. Only a mild contraction was seen during the global downturn from 2008 to 2009. In the first quarter of 2009, Australian GDP contracted at a rate of 0.7 percent, well above the contractions seen in the United States and Europe. Since then Australian GDP has expanded at a moderate pace. Two-thirds of this expansion can easily be attributed to the mining boom, however. This raises the question of what is responsible for the boom in the first place.

Origins
Australia is unusually rich in natural resources. Iron ore, gold, natural gas, copper, uranium and coal are abundant. These commodities combined with agricultural goods like wheat form the majority of Australian exports. Here lies a primary reason for the mining boom. China is feasting on raw commodities from all over the world. Its appetite is seemingly insatiable. Australia is perfectly positioned to feed China all the raw materials it needs, particularly coal and iron. A full 25 percent of all Australian exports go to China.

Sustainability
Economists have raised concerns about the sustainability of the mining boom. It has proven to be so large that Australian companies are seeking foreign workers such as unemployed Americans to fill extra positions. This has angered Australian trade unions who prefer to see the Australian government retrain native workers instead of looking for workers abroad.

The growing concern among economists about a potential over-investment in mining has led to two broad solutions. Either the Australian economy must stockpile wealth for future lean times or diversify away from mining. At any rate, the projected increases in mining investment are huge. The Bureau of Resources and Energy Economics estimates the value of locked-in future projects at over $500 billion. This is very large compared to the $100 billion in completed projects thus far.

Shadows On The Horizon
A potential slowdown in China has Australian investors on edge. In 2011, the Australian central bank largely kept its key policy rate at 4.75 percent, lowering it three times since to 3.75 percent as of May 2012. The global economy is showing signs of a slowdown. As these intensify, perhaps with help from a crashing Europe or China, the impact on Australia’s economy could be hard.

Falling commodity prices may indicate slowing demand from West or East. Either way, Australia must be prepared for a second slowdown. China may decrease its consumption of commodities as it switches to consumption from investment.