Where you can see the Native Red Squirrels in the UK 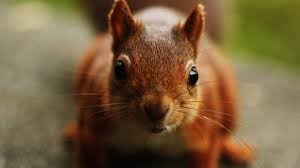 The much love Red Squirrel is the squirrel native to the British Isles. It came under threat as the North American Grey Squirrels were introduced and is now a well loved and protected species. Despite huge efforts to get these squirrels back where they belong, there is still not much chance of coming across one in the wild, as the grey squirrels still dominate most areas. But there are a few places in Britain where you can go to try to spot one of these lovable forest creatures… 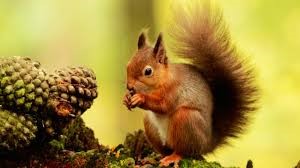 The Isle of Wight – As a small island, the Isle of Wight is an ideal safety area for the Red Squirrels. They are much loved and protected on the island, and vigilant conservationists to their best to make sure that no greys do ever find their way over to the island, with the Solent providing the perfect safety net. The Isle of Wight may be small, but there is plenty to see and do here besides the squirrels, including the Needles and Blackgang Chine.

Anglesey – The isle of Anglesey in North Wales has been the place of a huge conservation project for the red squirrels. Numbers were believed to be at no more than 40 back in 1997, when action began to start the huge conservation project on the isle. Now, the reds are back, and it is believed that there are now over 700 flourishing in the trees here. Whilst here, visitors can also enjoy coastal walks, taking in the stunning welsh coastline.

Glenariff Forest Park, Ballymena – One of Northern Ireland’s most stunning parks, the terrain is a little more challenging in places. You will need your rock climbing shoes Ireland has plenty to offer from https://basecamp.ie/outdoor-footwear-dublin/shoes.html It is worth the trek here though because not only do red squirrels flourish in this beautiful woodland, but you will also be treated to a scenic walk through waterfalls and trees.