Three 90s TV shows that are making a comeback 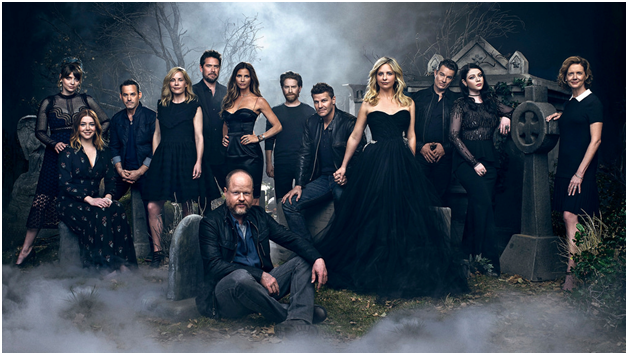 Pogs, body glitter, Tamagotchis… Three 90s gems which, fortunately, are not making a comeback. There are three 90s TV shows, however, that are set to make a comeback in a big way!

It’s a risky business, bringing back legendary shows from childhood – what if the remake isn’t a patch on the original? There have been many that tried and failed but hopefully these three witchy 90s shows will live up to expectations! Watching in the south-west? TV aerial installation Bristol can make sure you’re ready to binge watch these supernatural classics.

It’s been too long since we heard from Salem, Sabrina’s sarcastic, talking black cat. With her fun aunts, adorable boyfriend and ability to point a finger and get whatever she wanted, Sabrina was the envy of every adolescent girl. The original Sabrina was bright, upbeat and delightfully quirky, it seems that the new version will be a little darker. Under the new title, ‘Chilling Adventures Of Sabrina’, it will still be a coming-of-age tale, but with the bonus of delving deeper into the occult.

This ass-kicking teen had a double life, dealing with the usual angst-ridden school and relationship problems, while killing off evil monsters in their droves. The show even had a lesbian love storyline, which was one of the first times a TV series had explored this new territory. Buffy had (still has) a cult following, so fingers crossed they’re happy with this new series. Although it hasn’t even been written yet, the Buffy reboot is actually a sequel, not a remake.

Three sisters in a powerful coven with supernatural powers, saving innocent lives from evil beings… What’s not to like? There has been some controversy around the remake, starting this October, with original cast members and the new Latina trio of leading ladies being compared and judged already. Twitter has blown up with fans and stars making sure their opinions cannot be ignored. Let’s hope the sparks fly just as much in this remake!