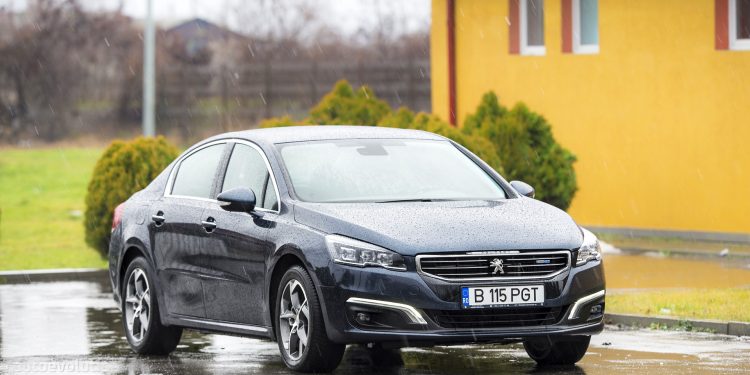 Peugeot has stretched like the chewing gum the 407’s life, which had been on the market since 2004. But that’s not the only reason the lion’s mark was in need of a change like eating. Sales had fallen sharply. Because of the crisis like all? No, the 407 closed 2010 in the tenth position of its category, behind even premium models much more expensive. So the 508 is bound to relaunch sales and place the French brand where it deserves.

To check what level it is, we have faced the new Volkswagen Passat. Another example of how you can profit from a model, since it was on sale since 2005. However, its health in the market was much better and ended the 2010 course leading its segment, with almost 12,000 more put into circulation than its rival in This face to face.

The 508 leaves the factory of the PSA Group in Rennes (France) ready to demonstrate its value. As cover letter has a new design, but little transgressor. They emphasize their sharp headlights and the new calender structure, as well as very aggressive LED drivers. Although what most will thank their buyers are the changes in size, because it has grown 10 centimeters in length and four in width. The fact that he now sees one size more helps him to gain interior space, but that is something that the Passat also more than meets the eye. In fact, although the German model is below in the inner dimensions, it offers a much more relaxed feeling.

And the trunk? That was just one of the points where the predecessor of the 508 was most pricked. Fortunately, the later overhang has grown to achieve a greater load space. It now has 515 liters compared to 432 of 407 liters . In any case, that is not enough to beat his rival, who is one of the best in the category and offers a volume of 565 liters.

Since I speak of the interior, I tell you that the materials and finishes have improved significantly and is greatly appreciated the change in the design of the passenger compartment. Now it looks like a 21st century car. The integration of the controls in the steering wheel is much more successful, it is no longer the same as the small 207. In addition, it has ‘Head up Display’ (optional) and ‘WIP Nav Plus’ control located in the transmission tunnel for Control radio, browser and phone. It’s something like a French version of BMW’s ‘iDrive’. In this section the Passat is placed one step below, since it bets more for the simplicity and the ease of use. The bad thing is that it does not respond to the image of quality that is presupposed to it.

Peugeot offers a wide range of diesel and gasoline engines, but for this face to face I have chosen the one that I think is more compensated by price and performance: the 2.0 HDi 140 hp . It is a proven powerplant that responds like a shot from 2,000 rpm and gets to 100 km / h in just 9.8 seconds. Exactly the same as the Passat 2.0 TDI 140 hp, which achieves the same result despite having less than even. Regarding consumption, although some modifications have been made in this respect, the Peugeot is not placed at the level of a VW, which needs 0.2 liters less than average per 100 kilometers. In the yes there is an important nuance is in the emissions, because with German you save the registration tax and with the 508, that exceeds the 120 grams of CO2 / km, you have to pay it.

But Peugeot does not forget the environment. If you are also worried about that, you can always opt for the e-HDi version of 112 hp which, combined with the six-speed manual operated pilot, achieves a consumption of 4.4 liters and emissions of only 109 g / Km.

It is time to talk about aspects that are fundamental when deciding on one model or another: behavior and driving. In this area, Peugeot has also worked hard and some improvements are appreciated. The six-speed manual gearbox is one of them, since it offers a more precise touch than before. But the best thing is the changes in the chassis, because it has a new damping system in the front axle that provides a great stability and allows a steep and fast curve. All without forgetting anything about comfort, which is one of the objectives that has always pursued the French brand. In any case, in the dynamic section the Passat is still the example to follow if you are looking for a comfortable roll and a step by curve bend. Further,

Conclusion: Before clarifying my position, I would like to congratulate Peugeot because it has finally decided to renew its star sedan and the quality leap that has given. He approaches the leader of his category and in many ways surpasses him. That is a lot to say, but I cannot fail to appreciate the step forward that has given the Passat, which for me is the winner of this face-to-face. Despite this, and given the improvement of its rivals, I do not think it is easy to finish the year in the lead.