Cultural Differences Between Britain and France 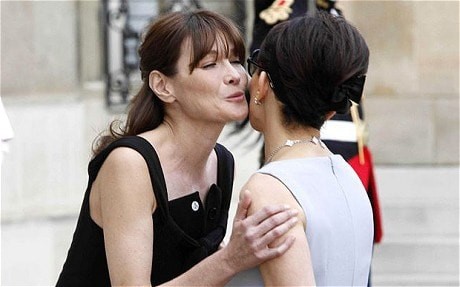 If you have always dreamed of a life in France, then now might be the time to turn that dream into a reality. But are you ready for the French way of life? You might think it’s similar to life in the UK, but you might be in for a few surprises. Here are some of the most noticeable differences:

British people are not known for their ‘touchy feely’ openness, so the amount of kissing might come as a bit of a culture shock. Don’t worry, you won’t be expected to kiss everyone you meet, it’s usually only reserved for informal, friendly social meetings. The French will kiss each other on each cheek when they meet and when they depart. The number of kisses varies from region to region – sometimes it’s two, three or even four!

There are a lot of pharmacies, almost one on every street. The French don’t take health matters lightly. It’s not just medicine available either, as they sell beauty products, well-being items and other health-related goodies. French bathroom cabinets are a veritable treasure trove of pills and potions. So, you’ll never be too far from a chemist for all your minor ailments and health needs.

The French have a poor reputation when it comes to manners, but they do love to say hello. Be prepared to be greeted everywhere and anywhere – which can take a bit of getting used to if you’re the quiet type who likes to slip into places unnoticed. Get your property search underway with Property for sale in France at http://www.frenchpropertysearch.com/

If you’re used to sitting down to dinner at 6pm, then you might need to adjust your body clock. The French eat much later than we do, normally after 7.30pm but often as late as 10pm. This is especially common in the south where the heat means people prefer to wait until the sun has gone down before sharing a meal. Lunchtime is a more serious affair too, with many workers leaving to eat a full meal. The British custom of eating a sandwich at your desk is unheard of in France.

One major difference to get accustomed to is the opening times of shops. Many offices and shops close for lunch between 12pm and 2pm but remain open later than our shops and offices. Banks close on Sundays, which we’re used to but also for part of Monday too. In some areas, businesses will shut down for the whole month of August!

One of the many benefits of living in France is that the wine is cheaper. France is famous world over for its wonderful wine and thankfully, you don’t have to spend a huge amount to get hold of excellent wine when you’re in country.

A night out is slightly different in France in that it starts later but normally starts with an ‘apero’ – a pre-drink gathering. As the evening meal is taken later, they hit the bars much later. While clubs are closing up at 2am here in Britain, the party is only just getting going in France. Because of this, many clubs stay open all night.